Thank you to Barbara Weir for this gorgeous piece of satire. 🙂 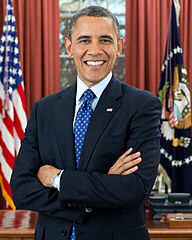 The following, which was delivered to me by a confidential source, is an apparent draft of a speech to be delivered by U.S. President Barack Obama to the American people.  It is full of amendments and changes that I have not had time to remove, and it may be incomplete.  However, I publish it for the possible interest of readers that may want a preview, or to understand the process of writing it.

My fellow Americans, it is with a sense of disappointment relief and satisfaction that I report to you that your incessant calling has forced us we may have found a way to step back from the brink of becoming al-Qaeda’s air force a military intervention in Syria.  Details remain to be resolved, but with the interference help of our Russian adversaries partners, we believe that a solution to the problem of chemical weapons in Syria is at hand.

Difficult obstacles remain.  The Syrian government requires assurances that its sovereignty will be respected the opposition’s chemical weapons will also be seized we will not use US forces to overthrow it, which is a concession on our part.  However, thanks to your arm twisting support, we believe that we can overthrow the Syrian regime by other means this is a risk worth taking.

We are all called to make sacrifices, but in this case the sacrifices are to the Israel Lobby, the arms industry, Wall Street and other war interests without lethal consequences to the American people because you wimps refuse to back us.

Finally, I wish to thank Secretary Kerry for his tireless efforts to promote US and Israeli domination peace in the Middle East.  Although the result is possibly less than we had hoped, it is also probably the best that can be achieved without facing impeachment and criminal charges under the circumstances.

I wish to assure you that my administration and I will remain vigilant for another war opportunity, and will assure that the American people remain safe for exploitation by Wall Street finance and the wealthy for as long as I remain out of jail I am in office.

Thank you and good night.