Another prophetic all from dear Mairead: 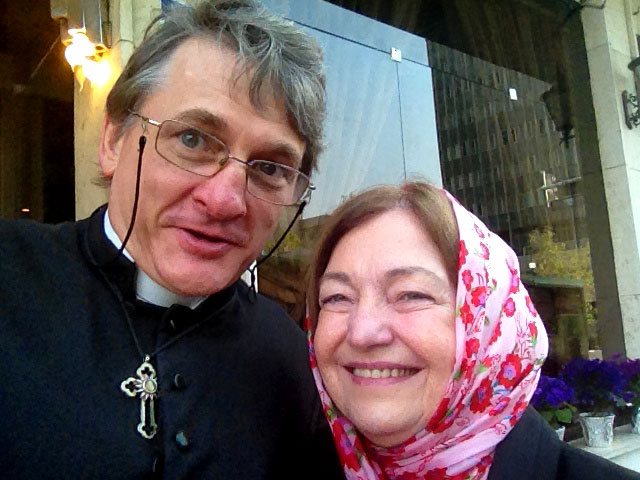 Nobel Peace Laureate, Mairead Maguire, today called upon the UK Government to move from military proposals, such as bombing in Syria, to humanitarian solutions in tackling one of the greatest tragedies of human suffering, to face Europe since the Second World War, i.e. the refugee crisis.  The arrival of thousands of refugees and migrants from middle east and African countries into Europe, many of whom have died on the journey, forces us to ask ‘how can they be helped immediately’,? Why are they fleeing their countries,? and how can the root cause of the problem be solved.?  Bombing of Syria, as proposed by the UK Prime Minister will only force more refugees to flee Syria taking extraordinary risks with their lives in order to find some security and safety from their war-torn lands.

Maguire said:  ‘The UK Government has a moral responsibility to the refugees fleeing in fear across Europe.  They are the victims of wars, invasions and occupations of their own countries.   Successive British Governments have spent billions on wars in Iraq, Afghanistan, Libya, plus a covert intervention in Syria.   Such policies have resulted in the destruction of infrastructure across the Middle East and the growth of terrorism in the regions.   We need to oppose wars and the training by countries such as UK and USA and others,  of allegedly ‘moderate ‘rebels, who once trained are turning their guns on the civilians who oppose their brutality and violence.  They must stop the arms trade which is resulting in the arming of violent militants who are turning their arms against civilian populations.

The UK Government needs to implement an urgent and massive increase in relocation and resettlement of refugees that shares responsibility across the EU and reunite families.  Provide financial and technical support to countries on the frontline of the crisis such as Greece, Hungary, etc.

Enter into dialogue with the Syrian Government, and all Parties to the conflict, in order to find a solution to the refugee and overall Syrian Conflict.   Support citizen to citizen diplomacy within Syria, and all those working for peace and reconciliation in Syria and all Middle Eastern  countries, and lift the economic sanctions to improve the conditions within Syria and encourage citizens to stay and help re- build Syria.  Only when people feel safe and there is peace and stability in their own countries can we expect they will remain (and many return) to their homeland, as opposed to being stuck in refugee camps, for decades, such as the people of Sudan, Palestinians, etc.,

It is time to acknowledge, apologize and make reparation, for the damage done by UK USA and some Western Countries, Foreign Policies upon countries such as Iraq, Afghanistan, Libya, and Syria, and acknowledge there will not be a military or a paramilitary solution to these deep and increasingly dangerous conflicts.

A start in the right direction can be made by working with partners across EU and UN in applying Policies based on compassion and empathy for those whose lives have been devasted by misguided Policies of militarism, and war.