What hand will The Donald play on Syria? 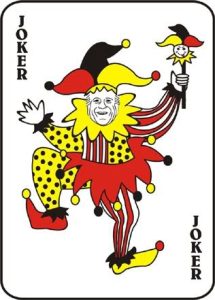 High stakes – Obama appears to have trumped Clinton but where will the wild card fall?

WHAT does the election of billionaire property developer and reality tv star, Donald Trump, mean for terrorised Syrians?

Some pro-Syrian commentators have hailed Trump’s rise to the top job in Washington as a breakthrough but that city’s leading newspaper counsels caution, warning Trump’s position on Syria remains “opaque”.

While Trump appeared to nail his campaign colours to fighting terrorism, which would put him on the same page as Damascus, his rhetoric was often contradictory.

At the same time, he signalled, he would boost military spending, put US strategic and military interests first, second and third, and argued, he was the natural champion of the US military establishment.

Those, broadly, are the general sentiments that took George Bush to the war in Iraq that unleashed Al Qaeda, DAESH and the contagion still terrorising the region.

There must be doubt over the ability and will of Trump, a foreign policy rookie, to stand up to the CIA and establishment hawks when the pressure for war is on.

Undoubtedly, his key election opponent Hillary Clinton was a warmonger. She backed Bush’s Iraq adventure and gave plenty of evidence for the observation of one commentator that she had never met a war she did not want a part of.

While, it is the opaque future that matters now, it might in fact be time to reassess two-term President Obama’s influence on the Syrian conflict.

While arming rebels and terrorists he has fought against two secretaries of state, Clinton and John Kerry, who wanted the US to up that ante by several magnitudes –  delivering the terrorists heavy weapons and instituting a no-fly zone that would, most likely, have either hamstrung Syrian resistance and/or led to a shooting war with Russia.

Late into the election campaign, which she lost despite attracting more votes than Trump, Clinton was still advocating the no-fly zone advocated by Syria’s Al Qaeda franchise, Jabhat Fatah al-Sham, and its key backers, Saudi Arabia, Qatar and Turkey.

In the dying days of September, Kerry told a gathering in the Netherlands he had “lost the argument with Obama” over backing Syrian rebels with military force, Reuters and the New York Times, reported

Two days after Americans delivered their verdict on Clinton’s White House ambitions, Obama announced in a sharp change of approach, the US would be focusing its Syrian activities on targeting the terrorists.

The move underlines the extent to which Obama is prioritising counter­-terrorism over efforts to pressure President Bashar al-Assad to step aside, the Washington Post reports.