Australia gives humanitarian assistance to Syria instead of weapons!

This is indeed encouraging news. While the US and NATO focus on adding more weapons to the Syrian conflict, Australia is committing itself to supporting the victims! It’s not often that I have a reason to feel proud to be Australian, but credit should be given where it is due. Well done, Bob Carr!

Having said that, the question that isn’t answered in the report below is where this aid will go and how it will be used? ‘World Vision’, ‘Oxfam’ and ‘Save the Children’ are mentioned but, as far as I can work out, none of these organisations is actually operative within Syria itself!

I spoke with a representative of ‘Médecins Sans Frontières’ earlier this year and was told that NGO’s are having a hard time getting into Syria. The Bashar Al-Assad government has been very suspicious about the activities of NGO’s as they claim that anti-government elements readily embed themselves in such organisations (as allegedly happened in Libya). Even so, the cost of such caution is paid by suffering civilians! 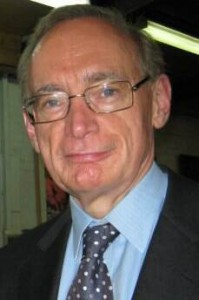 Australia has pledged an extra $21.5 million in humanitarian assistance to victims of the Syrian civil war.

The money will be spent on emergency food supplies, medical supplies, shelter for refugees and ensuring people have safe drinking water.

Since the war began in 2011 there have been an estimated 93,000 deaths while around 1.8 million refugees, mostly women and children, have fled the country.

Foreign Minister Bob Carr said on Thursday that the violence and human suffering in Syria was continuing unabated.

“A refugee exodus of this size has not been seen since the Rwandan genocide almost 20 years ago,” Senator Carr said.

Australia’s total humanitarian assistance to Syria, since June 2011, is $100 million.

The latest pledge has been welcomed by aid organisations World Vision, Oxfam and Save the Children.