Aleppo – where media ethics curled up and croaked 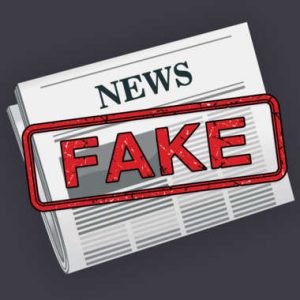 Faking it … no satisfaction for media in terrorist defeat.- Global Research illustration

AS SYRIAN loyalists danced in the streets of newly-liberated Aleppo, western propaganda unleashed a chorus of anger from every shiny weapon in its high-tech arsenal.

The big guns – Al Jazeera, the BBC, CNN, Fox News, even Australia’s ABC – lined up and fired in unison.

With scarcely a dissenting opinion, over endless hours they agreed – the final battle in a grinding four-year war to liberate one of the world’s great cities from terrorist control had been a disaster.

In their anger, those channels and many of their print colleagues, reached for the crudest clubs, forged way back before the modern weapons of satellite television and 24-hour news were even thought of.

They lashed out with the ugliest fear-mongering – sex, race and culture-based hostility – barely altered from the template set down by their imperial predecessors hundreds of years earlier.

In the first 24 hours after the Syrian Arab Army, its Russian and Iranian allies, appeared to have ended the seige that had claimed thousands of lives, there were stories – all unsourced – of reprisal killings, innocent women and children being slaughtered in their homes, concentration camps opening and, of course, rape and all manner of sexual brutality.

The BBC, generally one of the most staid, kicked off with the announcement that, according to the United Nations, Syrian troops had been entering private homes and killing women and children on the spot. Eighty two innocents, it reported, had been shot on sight.

Later, it turned out, a UN department had reported receiving an unverified report to that effect from an unidentified source.

It all came together in a piece on a US news site which quoted an un-named person as saying he, personally, knew at least 20 women in Aleppo who had committed suicide rather than face being raped by rampaging government forces.

By the morning of Thursday, December 15, contributor after contributor was lining up on Al Jazeera to pour venom over key rebel sponsors including the United States, Gulf countries and the West in general, for failing to wade into Aleppo with all guns blazing.

Basically, even at that late stage, they were imploring the US to use its military might to invade.

The other news outlets might not have taken that extreme final step but all made it clear that the rebels of Aleppo were their good guys.

From the ABC’s raw correspondents to the hard-heads of American and British broadcasting, they wore their rebel colours on their sleeves and used their media roles to cheerlead right to the bitterest of ends.

Here’s a simple question for each and every one of those media outlets – why not explain to your watchers, listeners and readers who the “rebels” in Aleppo really were?

While we are waiting for their responses, our readers can do some research of their own. It won’t take much digging to give you a pretty fair idea of the people the western media are rooting for.

According to US sources, including intelligence agencies and the Washington Post newspaper, the largest, or most militarily important rebel group in Aleppo was Jabhat Fateh al-Sham, previous know as the Al-Nusra Front and, before that, al-Qaeda in Syria, or, al-Queda in the Levant.

Other “rebel’ groups and factions, amidst the constantly shifting alliances,  included …