When I think back to 2009 when Barrack Obama was awarded the Nobel Peace Prize … it all seems like a sick joke now!

Obama’s decision to fuel the fire in Syria by arming the rebels, and so prolong the bloody conflict, makes him look more and more like his war-mongering predecessor. Indeed, when we take into account his murderous drone warfare campaign and the ongoing fiasco in Afghanistan, he may by now have surpassed George Dubya in criminality!

Moreover, Obama’s paper-thin peace rhetoric doesn’t seem to be fooling many of his international allies this time either! Of course the Middle Eastern enemies of Syria who met in Doha are in entire agreement with the American position, and yet traditional allies such as Canada and Australia are showing themselves to be far more reticent when it comes to joining the Syrian kill-fest!

The video below is of fiery Irish independent, Clare Daly. She speaks with clarity and power. One can only hope that political leaders around the world will stand up and follow her courageous example in speaking out! 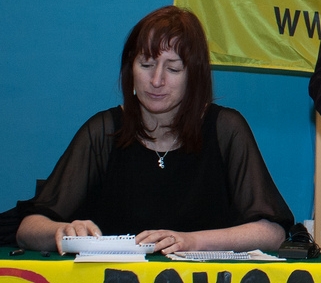