The Gassing Game in Syria: Regime Change and Beyond

This excellent analysis of the latest crisis in Syria is penned by my friend, Dr. Chandra Muzaffar, President of the International Movement for a Just World. Father Dave 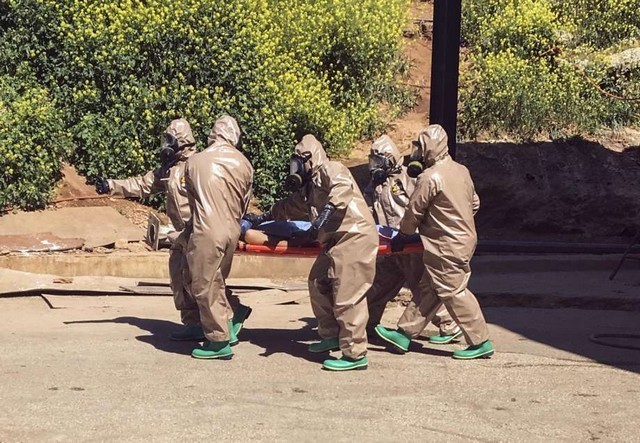 THE GASSING GAME IN SYRIA: REGIME CHANGE AND BEYOND

The use of chemical weapons in Sheikhun, in the Idlib province of Syria on 4th April 2017 was a heinous act. The world has rightly condemned it.

Because it was so cruel and callous, it is vital that the truth about the attack is established as soon as possible. The United States of America and a number of its allies are certain that the attack was planned and executed by the Syrian government. 86 people, including 27 children, were killed in the carnage. The US Ambassador to the UN has shown some heart-rending images of some of the children who died from the chemical gas attack.

The Syrian authorities have denied categorically that they were responsible for the tragedy. They claim that a warehouse containing toxic materials may have been hit in the course of the Syrian army’s operations in the area thus releasing lethal gas and causing so many deaths.

Given these conflicting accounts, an independent international inquiry should be conducted to determine what really happened on the 4th of April. The members of the panel should comprise credible experts who are not citizens of any of the five permanent member states of the UN Security Council. The UN Secretary-General should appoint the panel.

It is only after the panel’s findings are made public that action should be taken under the provisions of the UN Charter. By firing a barrage of cruise missiles at a Syrian airbase on the 7th of April, the US has not only violated international law but has also committed aggression against a sovereign state. The US’s unilateral action has worsened the conflict in Syria.

Establishing the truth about the chemical gas episode is far more important than flexing one’s military muscle. To start with, how could the Syrian army have deployed chemical weapons when a UN affiliated body, the Organisation for the Prohibition of Chemical Weapons confirmed in June 2014 that Syria had complied with a Security Council resolution to destroy its entire stockpile of chemical weapons ?

Besides, it defies logic that the Syrian government that has regained control over almost all the major cities in the country and is clearly winning the war against the militants who are being backed by regional and Western actors should deliberately choose to gas innocent children — an action which it knows would provoke the wrath of the whole world.

A brief survey of gas attacks in Syria in the last five years would convince us that it just does not make sense for the government to consciously plan the 4th April episode. Take the infamous Ghouta sarin gas attack of August 2013. The centres of power in the West and in WANA opposed to Bashar al-Assad through their media channels immediately labelled the Syrian authorities as the culprit and crucified them. But the highly respected American investigative journalist, Seymour Hersh, through meticulous analysis revealed that the attack was actually the work of a militant group carried out with the connivance of elements in the Turkish power structure.

The Houla massacre of 25 May 2012 was another example of a gas attack that finger-pointed the Bashar government. A picture of a large number of dead children “ wrapped in white shrouds with a child jumping over one of them “ was offered as proof of Bashar’s brutality. The picture was actually from the war in Iraq in 2003. The photographer himself, Marco Di Lauro, came out in the open to expose the fabrication. In fact according to the German newspaper, the Frankfurter Allgemeine Zeitung (FAZ), the massacre was “committed by anti-Assad Sunni militants, and the bulk of the victims were members of the Alawi and Shia minorities, which have been largely supportive of Assad.” There was also the case of militants gathering Christian and Alawi hostages in a building in the Khalidya neighbourhood in Homs, blowing it up with dynamite and then putting the blame upon the Syrian army. Numerous other instances of militants committing terrible atrocities but giving the impression that the Syrian army or its allies — Iran
ian revolutionary guards or Hezbollah fighters or Russian soldiers — were responsible have been documented by journalists and commentators.

Of all the lies and deceptions of this sort in recent memory the most outrageous would the Anglo-American allegation about Saddam Hussein’s “Weapons of Mass Destruction” which was the fig-leaf used to camouflage their invasion and occupation of Iraq in 2003. The Bolivian Ambassador to the UN, Sacha Llorenti, reminded the Security Council of this monstrous lie at its meeting on the 7th of April and warned the world that “After this (Iraqi) invasion there were 1 million deaths and it launched a series of atrocities in that region. Could we talk about ISIS if that invasion had not taken place? Could we be talking about the series of horrendous attacks in various parts of the world had that invasion, this illegal invasion not taken place?”

Lies, manipulation of facts and false-flag operations all serve an overriding goal which is to protect and perpetuate US hegemonic power and the interests of its allies. In Iraq and Syria it is only too obvious that the aim is to secure hegemony through regime-change. Indeed, the US elite, at the behest of Israel, have been seeking to oust Bashar al-Assad for the good part of the last 15 years. For different reasons, the rulers of London and Paris, and those at the helm in Riyadh, Doha and Ankara also want to get rid of Bashar. A convergence of motives explains why these elites have been funding, training, arming and channelling intelligence to militants in Syria from various parts of the world who have sometimes resorted to the most barbaric methods in pursuit of their zealous drive to seize power.

There is perhaps yet another reason — apart from regime change — why some vested interests in Washington have decided to exploit the 4th April gas attack. These interests in the military, the intelligence community, the media, think-tanks, within lobbies and among legislators, are opposed to any rapprochement between Washington and Moscow. Perpetuating an adversarial relationship between the two is integral to their agenda of ensuring that the US remains the world’s sole dominant power. They sense that the new US President, Donald Trump, may try to build a bridge to Russia’a Vladimir Putin which is why they are manipulating the issue of the latter’s alleged attempt to influence the recent US Presidential Election. The suspicion and distrust engendered by this issue has now been aggravated by the US missile attack

US-Russia ties are not the only issue adversely impacted by the US’s 7th April bombardment. If the US escalates its military involvement, it will have far-reaching consequences for the on-going conflict in Syria, politics in WANA and global peace in general. 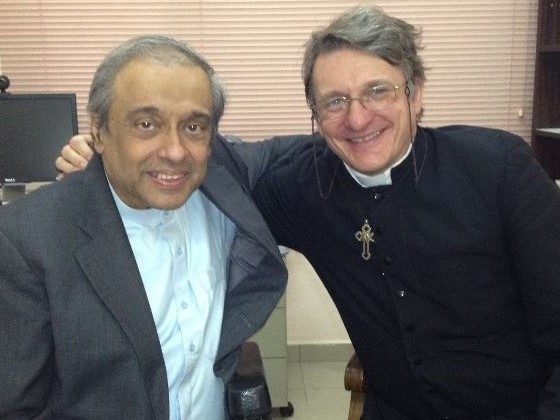