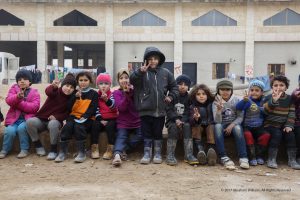 RISING US political star Tulsi Gabbard has been linked to Nazis and labelled a “dictator’s stooge” after daring to promote a peace agenda for war-ravaged Syria.

The Hawaiian Congresswoman set off a firestorm when she advocated a break with the regime change doctrine at the heart of modern US foreign policy, after an eight-day trip to Lebanon and Syria.

US media, mainstream and new, liberal and conservative, joined forces to heap vitriol on Gabbard and question her motives.

The positions advocated by the first Samoan-born member of Congress should have come as little surprise.

Gabbard, a Democrat and an Iraq veteran with two tours of duty under her belt, the second as a platoon commander, is a long-time critic of regime change – in Syria and elsewhere.

As far back as 2012, Gabbard said she had opposed the war in Iraq – “we should never have gone there in the first place” – and urged President Obama to get US troops out of Afghanistan “as quickly and safely as possible”.

She opposed the bill that gave Obama the green light to pour  $1.15b worth of arms into Saudi Arabia and publicly accused the US ally of bank-rolling Islamic terror around the world.

In 2013, she was one of only three members of Congress to vote against a bill that sought to condemn the Syrian Government for crimes against humanity. The veteran lashed the proposed legislation as a “War Bill – a thinly-veiled attempt to use humanitarianism as a justification for overthrowing the Syrian Government”.

Last year, in turning her back on a senior role in the Democratic Party national organisation to endorse Bernie Sanders’ bid for the White House, Gabbard cited the Vermont Senator’s “more prudent approach to military involvement abroad”.

And, in December, Gabbard introduced her own Stop Arming Terrorists Act to, “prohibit US Government funds from being used to directly or indirectly support terrorist groups like al-Qaeda, ISIS or those working with them”.

However, it was Gabbard’s decision to walk the anti-war walk during eight days in Syria where she met a range of locals, from President Bashar al-Assad to refugees and protest leaders, that tipped US media over the edge.

The Daily Beast set the tone with a frenzied 2000 word attack under the headline Tulsi Gabbard’s fascist escort to Syria.

Alex Rowell, Tim Mak and Michael Weiss started off gently enough, introducing Gabbard as a “self-styled progressive” but, by the end of a rambling opening paragraph she was undertaking “a disgraceful reputation-laundering tour of a bloody dictatorship”.

By the third paragraph, in the absence of any hard evidence, they had her consorting with Nazis, anti-Semites and terrorists.

To be fair, that story was basically a beat-up of the Washington Post original that set the Gabbard witch hunt alight.

Without resorting to Nazi colour, columnist Josh Rogin had a crack at the Congresswoman and her integrity under the banner How Tulsi Gabbard became Assad’s mouthpiece in Washington.

He lashed her trip as a “propaganda tour” and, basically, argued that, knowingly or otherwise, she had become a dupe for a murderer’s propaganda campaign.

“The actual source of the funding for the trip is murky, too,” he wrote. “But there’s no doubt the Assad regime facilitated it.”

The whole thing sat on his contention that, on the kindest interpretation, Gabbard had misled about who paid for the delegation she had travelled with.

Rogin made this clear in a Twitter link he posted to his story on January 29 – Exclusive: The Group Rep Tulsi Gabbard Said Paid For Her Syria Trip Hasn’t Existed in Years

Trouble was the columnist had made a massive cock-up. Instead of checking on the bona fides of AACCESS, the Arab American group behind the visit, he had beavered through the paperwork of ACCESS.

Nearly a week after the storm broke, the Washington Post published a correction conceding it had “misspelled” the name of the group “and incorrectly stated that the organisation no longer exists”.

By then, a version of the story written, it seemed, more in sorrow than anger had appeared in the Hawaiian Maui Times under the comparatively restrained headline What was Rep. Tulsi Gabbard thinking when she went to Syria?

News Ltd’s Weekly Standard didn’t hold back in its assessment of her character, while a headline in the allegedly left-leaning, Daily Kos announced Rep Tulsi Gabbard has turned into a stooge for Syria’s dictator. The website then urged Democrats to challenge her nomination.

Noah Rothman, writing for Comment magazine, decided to go right off the deep end. He kicked off  Tulsi Gabbard’s Disaster in Damascus with a salute to the methods of Senator Joseph McCarthy.

“The simplest way to identify Russian sympathisers is to probe them on the matter of military interventionism,” he wrote. “They may appear principled in their suspicion toward American force projection but are nowhere near as apprehensive about Russian muscle-flexing – even in the same theatre of operations. That describes the foreign policy views of Hawaii Congresswoman and favourite of the Bernie Sanders wing of the Democratic Party, Tulsi Gabbard.”

Obviously, Noah doesn’t do nuance or objectivity, but still … her ‘feting of the land-hungry Russian autocrat’ … ‘useful idiocy’, and, ‘craven prostration before Russia’s vassals’ probably had some readers wondering what this woman had really been up to or, for that matter, whether, maybe, she had got off at the wrong airport.

It was almost a relief when Rothman had her back in Damascus for “a propagandistic sojourn to the lair of a genocidal dictator” even if was just over-wrought repitition of his earlier claim about her “ill-conceived visit to the Syrian capital to meet with the blood-soaked dictator Bashar al-Assad.”

Gabbard did meet Bashar al-Assad in Syria. She also met figures from the original protest movement, displaced families, religious leaders, a 14-year-old girl who had been beaten and raped and a boy who had been tortured by “rebels” .

But none of that mattered to her media foes. What did, it seems, is that she came away adamant that America was on the wrong track, that there are, in fact, no differences between “moderate rebels”, al Qaeda and ISIS – they are all the same.